Like the rest of its European compatriots, Scotland is steeped with a colorful, complex history. And no, it isn’t all just the brutal head-lopping found in Bravehart—though there is a great deal of war in the country’s rearview mirror.

Not so long ago, however, one farmer discovered something amazing about ancient Scottish history hidden within the sand dunes of one of the country’s northernmost islands.

The kicker? He found this breathtaking discovery hidden behind something incredibly ordinary…

In 1850, a Scottish farmer on the island of Orkney was walking through the sand dunes that litter the western coast. There, he moved a rock aside and discovered something that had been hidden for thousands of years. 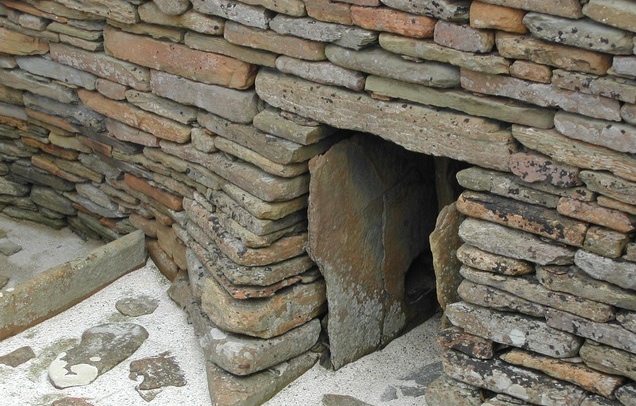 At first, he saw what looked like a simple hole, but when he peered inside, he couldn’t believe his eyes: it was a passageway that appeared to be a part of an entire labyrinth of rooms and corridors. An entire ancient city was hidden behind an ordinary slab of stone that whole time! 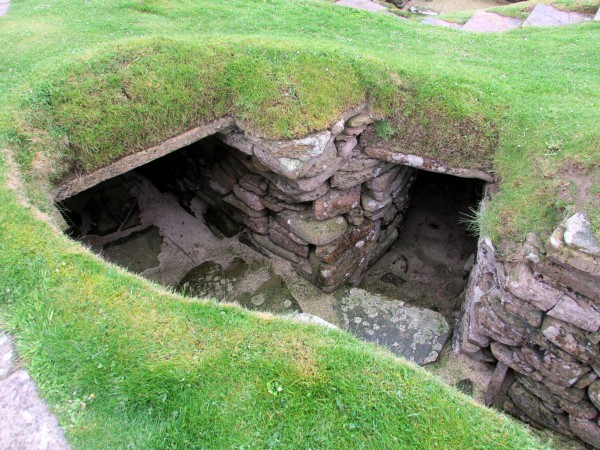 The settlement, it turned out, was the remains Skara Brae, a neolithic city. Researchers believed that the ancient settlement might’ve been over 5,000 years old, making it more ancient than even the Egyptian pyramids. 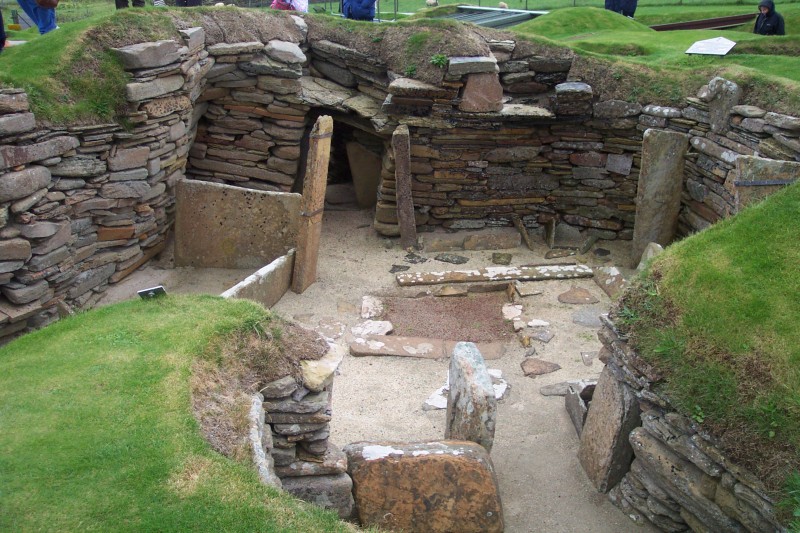 Luckily, because the city had been covered by the sand dunes, it remained preserved for centuries until the farmer found it, untouched by other humans and hidden from the wear and tear of the passage of time. 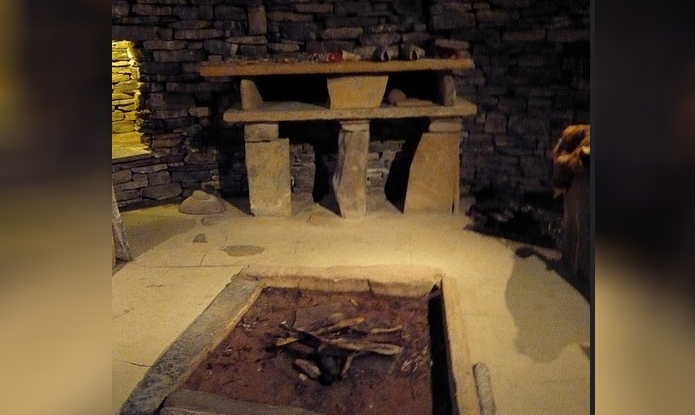 Researchers believed that this was one of the oldest permanent settlements in Great Britain. Each house had been sunk into middens, mounds of waste used to stabilize the structure and insulate those inside from Scotland’s brutal climate. 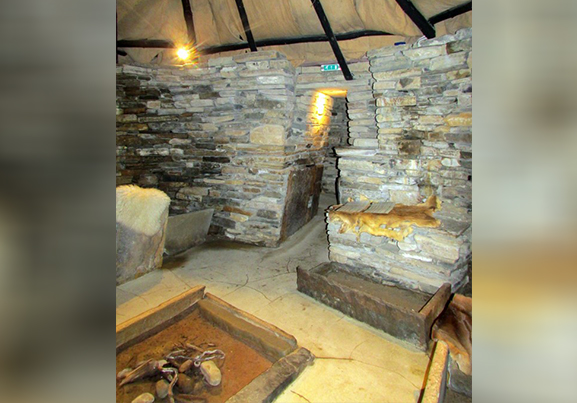 Though only eight houses now remain, it is believed the settlement was once much larger. Researchers estimated this ancient lost city could have been home to between 50 and 100 people. 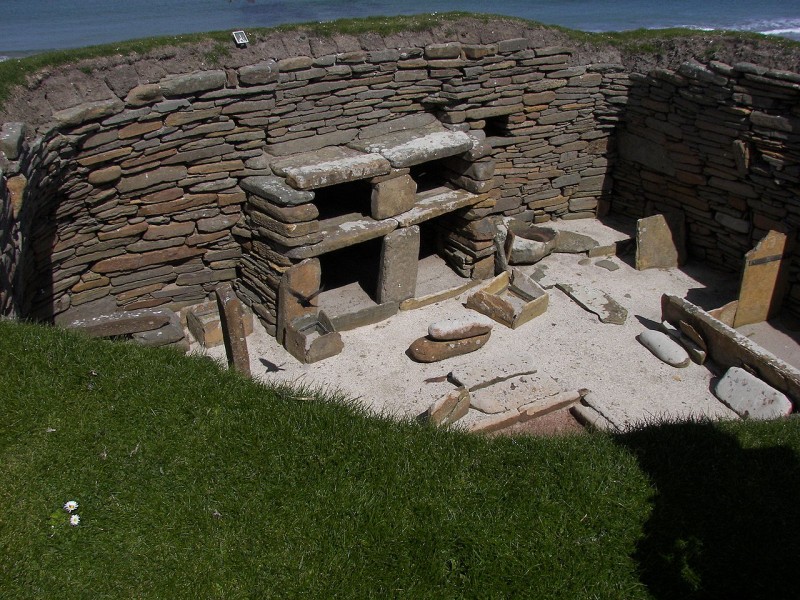 All of the houses were connected using a tunnel system, but those tunnels could be closed off and separated with large, sliding stone doors. Early citizens would then be able to travel throughout the city, but close off their homes for privacy when they needed to. 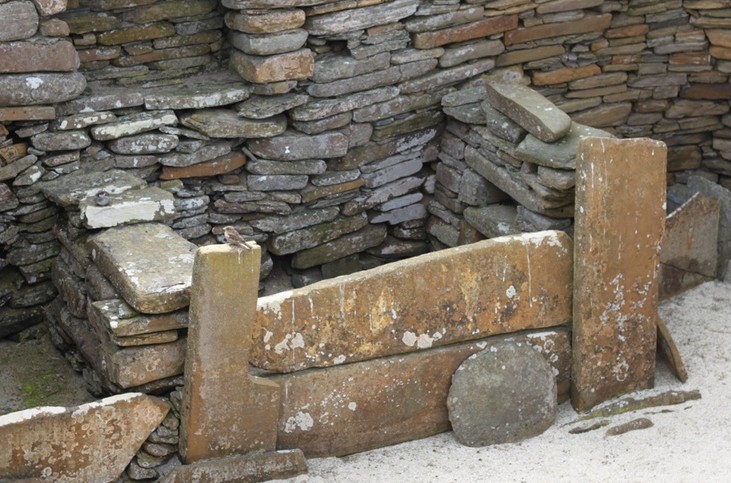 Each hut contained multiple bedding areas; in most of the huts, researchers discovered, one of the bedding areas was typically larger than the others. These rooms were presumably reserved for the heads of the house—kind of like ancient master bedrooms. 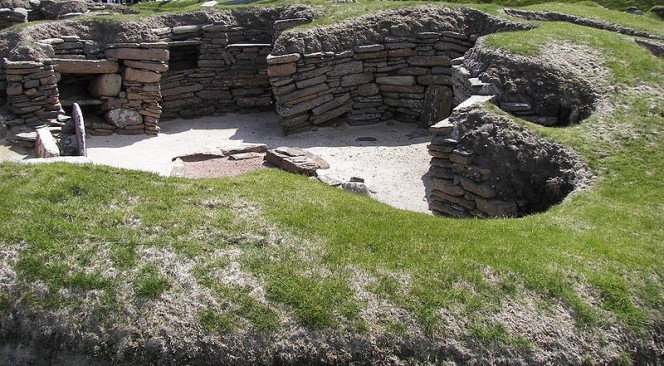 The houses also contained a waterproof storage bin. Researchers believed this could’ve been an indication that these early people stored fresh fish in the huts. If that was the case, fish was likely their main source of food. 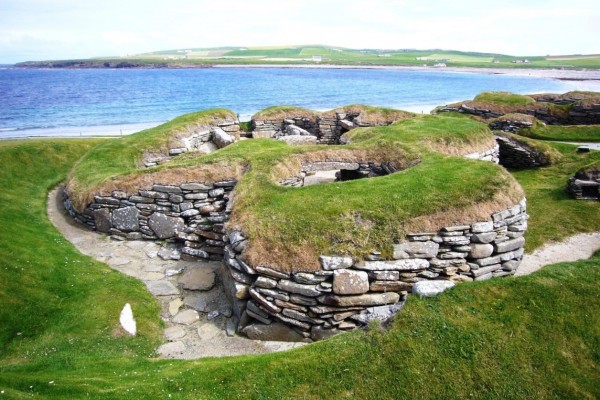 Of course, there were still questions to be answered about this hidden city and its people. Nevertheless, one thing was for sure: thank goodness that that farmer turned over that stone! Otherwise, this amazing place might never have been uncovered! 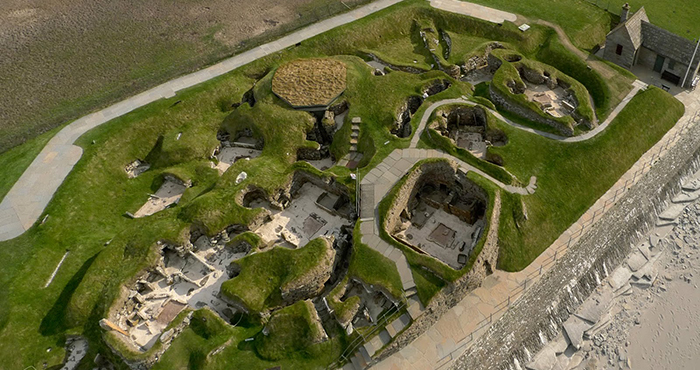 There’s so much more we can learn from the ancient city of Skara Brae in Scotland. Who knows what else we can find hiding behind a rock?